Our mission is to establish God’s Kingdom on earth especially in the area where we live.

We have been given so many prophesies concerning the City of Guelph. It is so clearly spoken in the Holy Scriptures by Amos the prophet:  Surely the Lord God does nothing unless He reveals His secret to His servants. (Amos 3:7)

There have been an abundance of visions and prophesies spoken over the city; the following is a summary of several of them.

1. A cloud was circling Guelph. Revival began when it came to rest over Guelph.

2. Many lights were seen over the globe, one of these lights was in Guelph.

3. An Eagle was flying high above Guelph. It began to descend coming to the top of a dome over the city of Guelph. Its talons grabbed the dome, pulling it towards Heaven.

4. A huge black dome covered the city of Guelph. As people interceded in prayer the rain came. When the rain hit the dome it turned to pellets of fire burning through and then turning to rain again.

5. There was an open area where there were lots of people before the throne of God worshipping the Lord. I heard the Lord say,”The harvest is great and I am bringing my wheat into my barn.

We are commanded to pay attention to these prophesies because they are like a lamp shining in a dark place until day dawns and the morning star rises in your heart. (2 Peter 1:19)

These prophetic sayings (words) are for an appointed time and though it tarry, wait for it because it will surely come. (Habakkuk 2:2-3) 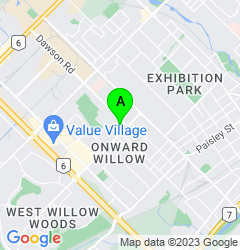